“According to Nana Yaw Amoako, The Living Legendary, Apostle Emeritus Professor Dr. Dr. ING. Kwadwo Safo was produced to earth just like everyone was produced. That’s, HE was given birth to by Humans. He was born on the 26th of August. His father is, “Opanin Yaw Safo” and Mom is, “Obaapanin Akosua Amoanimaa.”
His father was called, “Yaw Mensah” by His parents because he was the third Born. His mom was also called, “Akosua Maanu” since she was also the second born of her parent.
Because Apostle’s Parent were in the same clan, He belongs to a clan called, “Aduana.” Apostle has siblings that’s, both elder and younger siblings.

“Apostle’s Birth was a prophecy long before he was born. Before He was born, there was atmospheric change. There was total darkness, in other words, there was an eclipse on earth exactly at 10am on 26th of August when he was born.! He was surrounded by rainbow immediately He came out from His Mom’s womb which shows He was exceptional. Meaning, He was God sent.
History shows that, whoever wanted to carry him from His bed had to kneel before raising Him. “Nana Yaw Amoako” went on saying, He can be raised, only if you kneel before carrying Him regardless of your position whether you’re His Mom, Dad or sibling.!
Apostle was raised by His Elder sister, “Ama Anima” because, His parent had to run and forget Him behind when there was a war at that time.
Because of how He was as a child, He was annoying to people because of some mysterious things He did. He could make prophecy to you and would come true just as He narrated to you and because of this, He was called a wizard. He also uses herbs in curing illness and sickness when he was growing and History says, that knowledge wasn’t given to Him by no one. He was a Herbalist on His own and all His Medicines and herbs worked for those who He applied on them.
Later, His parent sent Him to school after some years.

Why Apostle Likes Everyone

“Apostle Likes everyone because he loves to do it.! He gives out everything He has and doesn’t even care if He gets some or not. History says that, He uses hook and line to catch fishes, but whenever He’s back from fishing, He share His fishes to people without thinking of having some for Himself. Apostle has help countless people to reach higher levels in Education including His Linguist, “Nana Yaw Amoako.” Before “Nana Yaw Amoako” ended his Narration, he credited Apostle for His good work and gave Him a Hundred percent rate for helping him too!!”

visit kantankatv on Facebook to watch video for more information or www.kantankatv.com 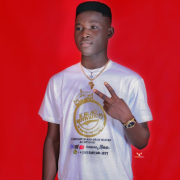